“Let the music uplift you, and embrace optimism at any cost.” - Ed Enright

Mike Holober & Balancing Act
Described by Downbeat Magazine as “one of the finest modern composer/arrangers of our time,” Mike Holober was awarded the 2022 American Academy of Arts and Letters Andrew Imbrie Award in Music.  His recent big band recording, "Mike Holober and the Gotham Jazz Orchestra:  Hiding Out," was nominated for a 2020  GRAMMY®Award (Best Large Jazz Ensemble Album).  Balancing Act’s premiere recording (Palmetto Records, 2015) was voted “Best Release of 2015” by multiple jazz critics, and highlighted another facet of Mike’s creative imagination.  The intimately scaled instrumentation, and integration of voice and lyrics, provided a vehicle to explore a more personal and nuanced musical statement.

It’s an appropriate name for a Holober-led band; in many ways, Holober’s management of his many musical inspirations is a balancing act. On one hand, much of what he’s best known for is his work with larger ensembles like the WDR Big Band, the HR Big Band, and the Gotham Jazz Orchestra, whose latest work with Holober at the helm, Hiding Out, earned a 2020 GRAMMY® nomination. On the other, there’s the magnetism of even greater self-actualization, of writing for and leading a smaller group.

“After focusing on big band work for so long,” Holober says, “Balancing Act exists to satisfy my needs to write for and lead a smaller group again and make a completely personal statement, where the fruits of the collective are matched with band leadership and personal artistic goals.”

But the balancing isn’t just finding the sweet spot between large groups and small; it’s also about striking the balance between Holober’s classical and jazz impulses. Don’t Let Go is a 14-part song-cycle divided into two sets — one for each of the album’s two discs — recorded in October 2019 at Aaron Davis Hall on the campus of the City College of New York, where Holober has taught since 1995. The work is intended to be heard in the order presented, much like the song-cycles of classical influences like Robert Schumann, Samuel Barber, and Ralph Vaughan Williams.

Rhapsodic in nature, Don’t Let Go’s structure and presentation will appeal to listeners across the musical spectrum. At times it presents like classical-inspired jazz; at other times like jazz-inspired classical. That’s by design. Holober formed Balancing Act in 2015, with its eponymous premiere recording landing on many jazz critics’ “best of” yearly roundup lists. In 2017, Holober sought (and won) a commission from Chamber Music America’s New Jazz Works program to create Don’t Let Go because, as he puts it, he’s drawn to “contrasting elements and ideas, mixing styles, grooves, and influences from diverse jazz and classical languages.”

So then, it’s no surprise he utilizes the talents of vocalist Jamile in a manner slightly unconventional. “Although some of the music contains lyrics,” explains Holober, “Balancing Act is not designed as a singer’s showcase. I employ voice as another frontline instrument, often singing wordless notes.”

This is why Holober describes Balancing Act as “a jazz octet with voice.” Listen to set-one’s “Four-Letter Words,” “Kiss the Ground,” and, especially, “A Summer Midnight’s Dream” and “Morning Hope” to get a sense for the diversity of contexts in which Jamile’s expansive musicality is employed. When she’s not featured out front, bringing Holober-penned lyrics to life, she’s not on break; whether it’s scatting improvisationally or wordlessly vocalizing lines typically not meant for voice, Jamile is utilized as another piece of the octet’s instrumentation, adding texture and color.

Holober says the spiritual impetus for Don’t Let Go was born from his desire to “explore the concept of ‘hope’ in the context of current social, political, and environmental realities.” This hope is manifested in the way he’s chosen to present this program—pieces that are individually self-sufficient but inextricably bound to their musical companions and maximally effective, both emotionally and musically, when presented as a unit. This governing principle applies not just to the whole but to the parts themselves, the individual songs of the cycle.

“Necessary,” the closer of the first set, speaks well to Holober’s commitment to exposing the connection and striking the balance between the individual and the collective, with sparkling individual displays by Rigby and Patterson giving way to section playing of the highest precision.

“I Wonder,” the second set’s opener, continues Holober’s exploration in duality and contrasts, opening with an atmospheric solo piano prologue before showcasing the rhythm section (plus Jamile) as a swaggering quartet punctuated by concentrated bursts of horn support. The horns are foregrounded once more in “You’re a Long Way from Home,” but it’s not necessary to keep score. Whether it’s Holober with a jaunty, bouncy solo (“Touch the Sky”), Oatts piercing through a bossa nova-induced reverie on soprano sax (“Letting Go”), or Jamile and Stamm trading star-turns on a melodic, theatrical ballad (“You Never Know”), every one of these talented musicians gets their just due here.

The title track and closer serves as the spiritual anthem for this concert-length suite. No mere suggestion, this is a musical imperative, at once uplifting and defiantly optimistic. Crafted specifically in these times and for these times and speaking to both head and heart, this song cycle lends credence to Downbeat’s assessment of Holober as “one of the finest modern composer/arrangers of our time.” 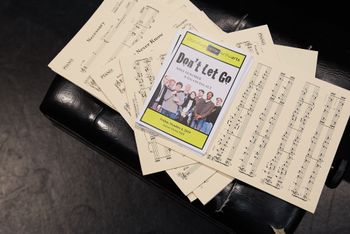 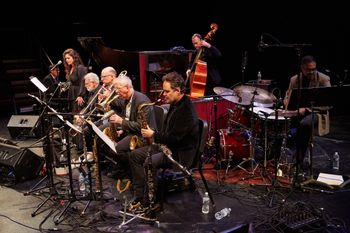 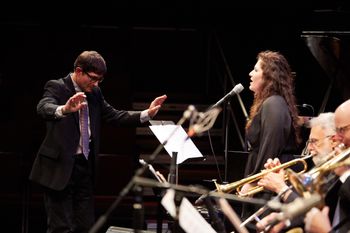 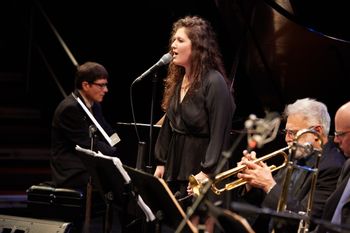 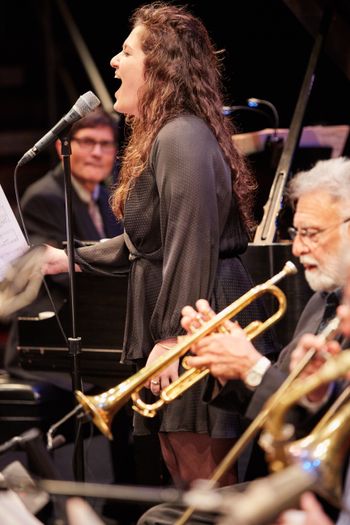 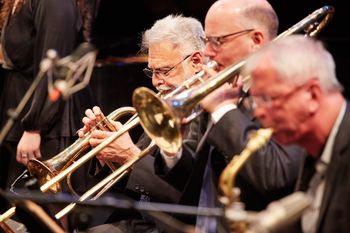 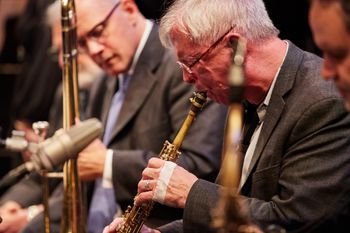 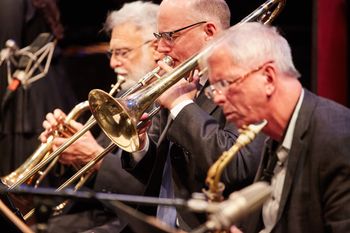 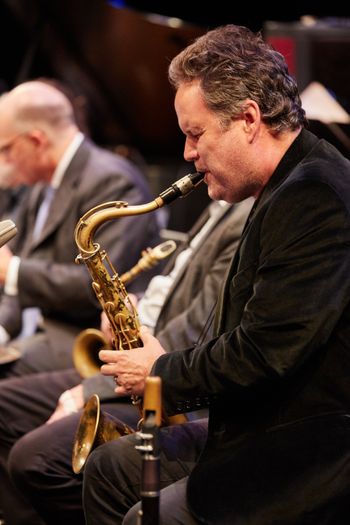 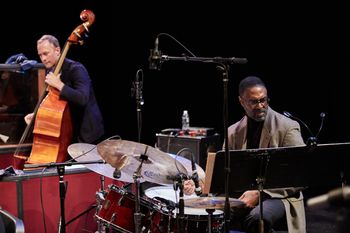 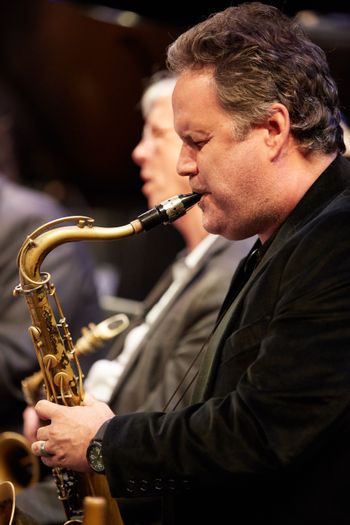 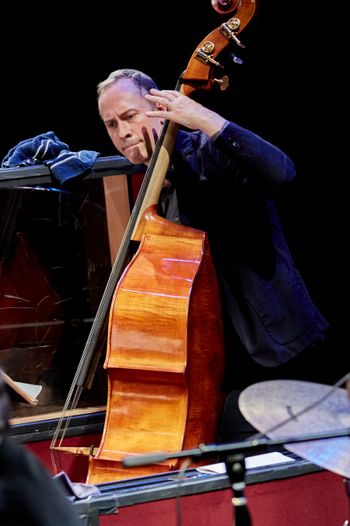 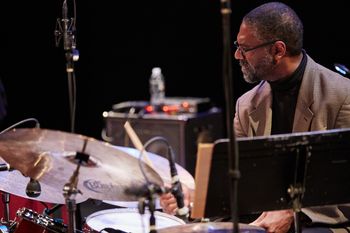 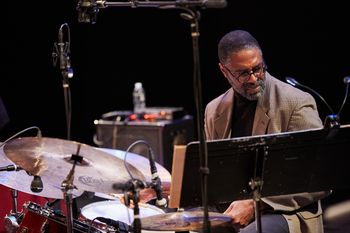 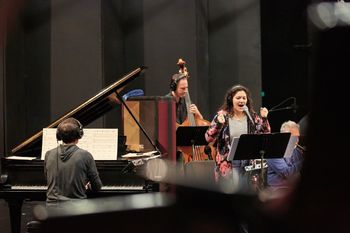 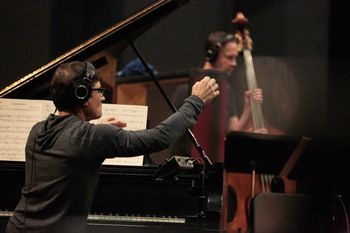 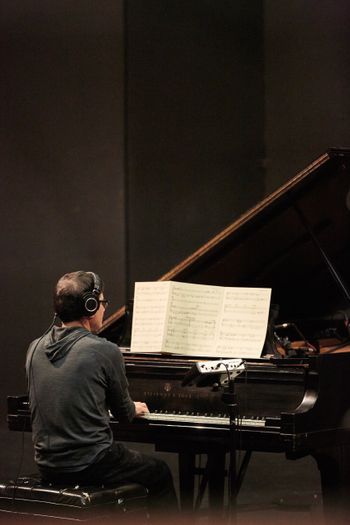 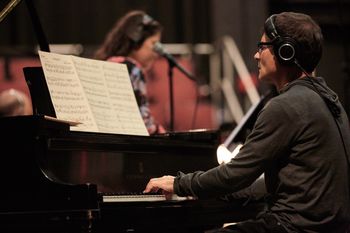 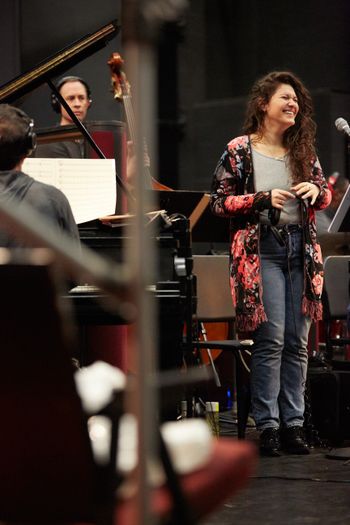 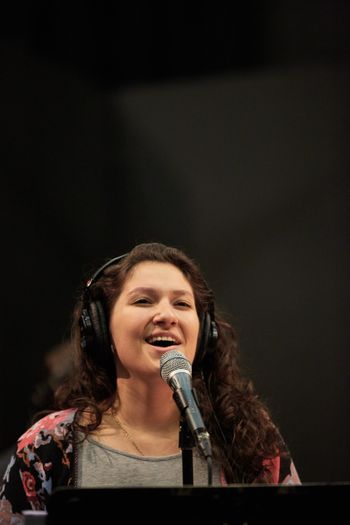 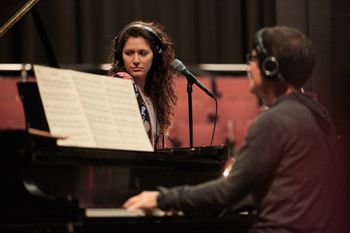 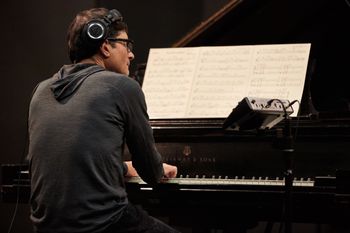 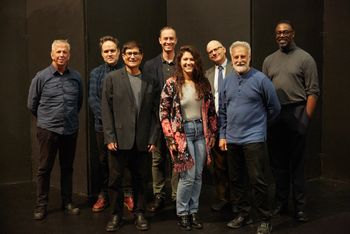